Cless is a kind hearted apprentice swordsman born and raised in the village of Toltus. He embarked on his journey alone at the start to get revenge on Dhaos for murdering his family and the entire village. Eventually, he meets certain people both from the past, present and the future that helped him thoughout his journey in saving the world.

In battle, Cless uses a one-handed sword style from the "Albane School of Sword Fighting" inherited from his father. He can also use time-space sword techniques granted by the Eternal Sword which gave him the title Eternal Swordsman. 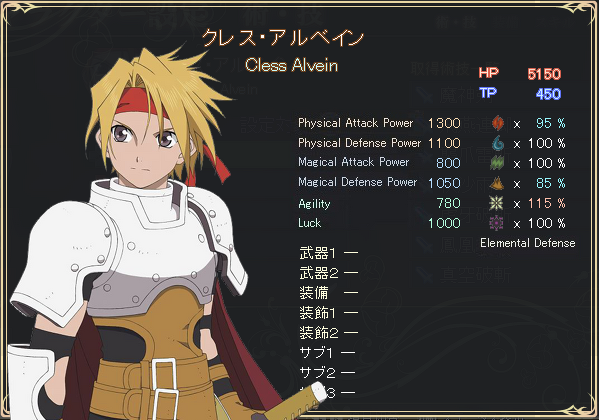