Luke Fone Fabre (ルー ク・フォン・ファブレ Ruuku Fon Fabure), known in English as Luke fon Fabre, is the main protagonist in Tales of the Abyss and is one of the playable characters in ACS3D. Luke is a spoiled aristocrat born in the house of Fabre. As a child, he was kidnapped and lost all his memories, thus he was prohibited from leaving the manor and had zero knowledge of the outside world. During his routine sword training with his master, Van Grants and his best friend, Guy Cecil he was suddenly teleported to the outside world when Tear Grants  touched him and caused a hyperresonance. Thus, began his simple journey to get home safely as a handful of events eventually led him to discover more about himself and fight against the Six God-Generals to save the world.

"Luke fone Fabre" is also a playable in the previous ACS title. 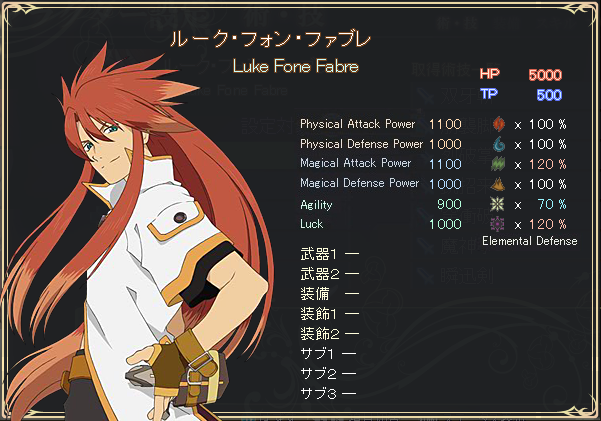 In ACS3D, Luke has two cut-ins.