Schwan Oltrain (シュヴァーン・オルトレイン Shuvaan Orutorein), known locally as Schwann Oltorain, is an alternate identity to Raven from Tales of Vesperia. Schwan is an imperial knight that died during the Great War but was revived by Alexei Dinoia for his own personal gain. Schwan is then forced to follow Alexei since he replaced Schwan's heart with a Hermes Blastia which he can turn off anytime he wants.

Schwan's battle style consist of wielding a one handed sword in battle. His strike artes consists of powerful elemental attacks that can disable enemies. He can also cast powerful spells, making him fall into the magic knight archetype character. Except for his HP, all his stats are above average as compared to other ACS3D characters.

Schwan Oltrain also appears as a cameo support character in the orginal ACS . 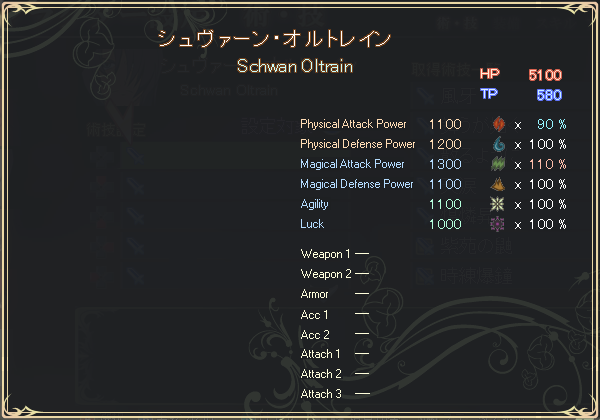 In ACS3D, Schwan has one cut-in.