He is a Huma orphan from the village of Sulz and adopted to the Bennet family. He first embarked on a journey to save his childhood friend Claire Bennett from being taken by the queen. He also wants to learn how to control his Ice Force as his lack of control caused him to freeze his childhood friend for a year. He himself is a cold, silent young man who is mostly unaware, not ignorant, of the problems around him, unless it is happening right in front of his face or involves Claire.

Veigue is a user of the Force of Ice, and wields a two-handed sword in battle. His artes are mostly melee and physical in nature. He has very high HP, defense and attack power but is not very quick as compared to other ACS3D characters. 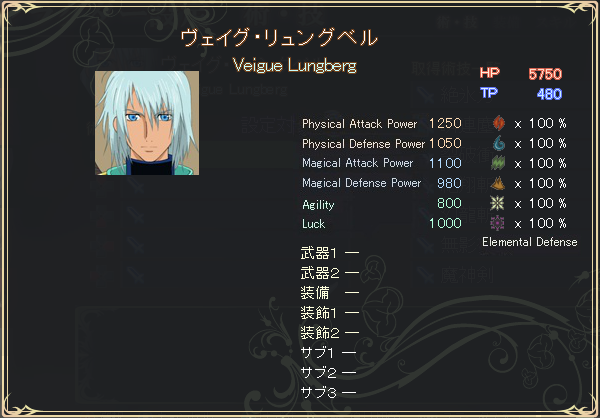